On 14 and 21 November, Pathways held two very special ceremonies celebrating the 2019 graduates of the Level 4 Certificate in Mental Health and Wellbeing. The two ceremonies, held in Palmerston North and Auckland, celebrated 38 Pathways and Real staff and one Workwise staff member who completed the qualification this year.

The graduations were held in partnership with Careerforce, the mental health industry training organisation. For the last few years, Pathways has been on an incredible journey with the Careerforce team, who has supported Pathways’ first learners to achieve the qualification through the new apprenticeship model.

Sally Pitts-Brown congratulated the graduates and said, “Thank you for your commitment to your own personal self-improvement and learning, and for ultimately wanting to be the best that you can be for the people that we support.” She also acknowledged the many people who supported the graduates to achieve this qualification including whānau, Pathways learning leads, SRMs and team coaches, and the Careerforce Apprenticeship Advisors.

Moving speeches were made by two graduate representatives at each ceremony. Frankie Haylock and Kieran Windsor in Palmerston North, and Dhana Subramanian and Yifat Goddard in Auckland.

2019 marked a special year for graduates as they were the first cohort to graduate following the pay equity settlement, which really cemented the expectation that all support workers and youth workers would achieve this qualification within two years of commencing work in the role. This was a directive Sally was very supportive of, saying that it created a baseline so that it didn’t matter where anybody is being supported by Pathways or Real around the country, that there was a baseline in terms of skills and knowledge.

It is expected that our 2020 graduations will celebrate an even wider group of staff from a number of entities within the Wise Group. 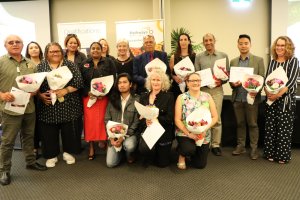 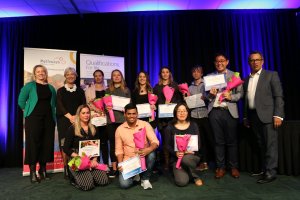 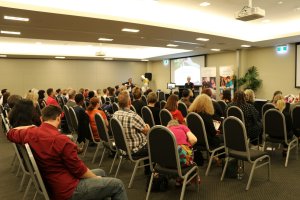